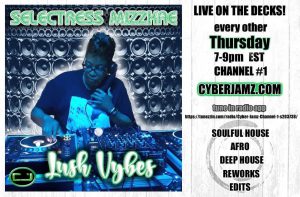 I always wanted to spread and share this love of music as a kid growing up in Brooklyn NY I had so many musical influences Jazz, Gospel, R&B, Reggae, Calypso, Salsa, Rock these sweet tunes were played constantly in my home.  As I became older I would read the credits from my Step-Dads record collection about producers, who wrote what, who sang background and I would like to thank him for allowing me to play those very same records he would say “Play em but don’t scratch em”. I started to work for WIN Records which was a major One Stop (music distributor)in NYC WIN was owned by Sam Weiss (Sam Records) I became a Billboard reporter (before Soundscan) and one of the top sales people, I met Walter Gibbons who was the 12’’buyer for Rock N Soul we became  good friends he would invite me to his place for his weekly Saturday nights get togethers Walter would play these soulful obscure 45’s with lots of percussions Walter played the hell out those records after I witnessed one of the greatest DJ’s and remixers that’s what I wanted to to do. I played a little bit back then but didn’t master the craft I was focusing on my Music Business Career I was offered a National Director of Sales position for an up and coming label Relativity Records.  Through the years I worked for various labels and Distributors, I got out the business around 2005, I still had the desire to DJ but how was I going to do it so late in life? Then boom I heard Black Coffee Superman and I was like F it I purchased a Controller and learned to blend the music that I love so much .  I have a definitive love for Soulful House it lifts you up.

My mixes can be heard on the following sites