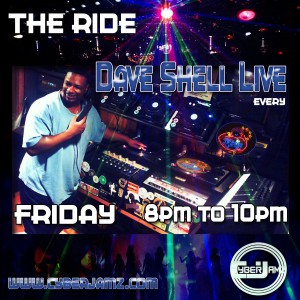 New Jersey native  Dave Shell was influenced by the love and enjoyment of music he experienced growing up in the  shadows of  his father. He began spinning vinyl cuts in 1978 and later he would be touched by the sounds and rhythms of the house music scene. Cultivating his style and sound he could often be found in vinyl stores such as Vogel’s Records Elizabeth, NJ, Moving Records  and Dance Tracks in New York’s East Village. He’s played in numerous venues in the NY Tri-State area with his melodic vocal choices and hard hitting bass driven beats he is relentless with his mixing ability. Well balanced Dave Shell delivers every time. A gentle giant with graceful blends leave listener’s satisfied and wanting more.

To hears his mixes