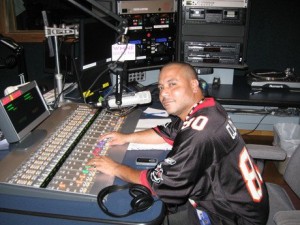 DJ Sammy Rock, aka, Soul Oasis, hails from the Boogie Down Bronx and is highly respected for the integral role that he played in the evolution of dance music within the New York City nightclub scene.

During the 2007 Winter Music Conference, Sammy Rock, spun his unique style of blending vocals and harmonies at the “Back To My Roots” party featuring Joey Madonia and  legendary DJ Kenny Carpenter, one of the forefathers of the dance music movement, as well as, the 15 hour dance marathon (Room 2 of the venue)  for the 16th Anniversary party of “The Shelter”, the longest running Underground House NYC party NYC featuring veteran DJ, Timmy Regisford and guest Deejays.There is just too much information to fit in this short bio.

In 2007, this multitalented artist launched Cyberjamz Records, which showcases tracks and releases from various aritst, which Sammy Rock has arranged and co-produced with other talented vocalist and producers.The catalog of over 91 releases are for sale at  www.traxsource.com, the largest international digital download sites on the net.

The Following tracks are currently available for purchase:

Click the link which will direct you to our catalog.